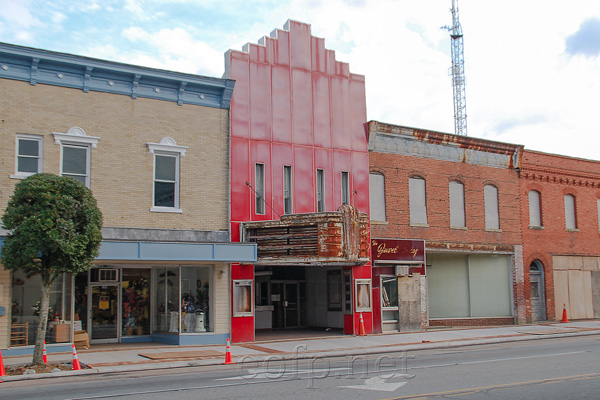 Roanoke Rapids developed around a navigation canal that bypassed a series of rapids on the Roanoke river. The Roanoke River Canal was completed in 1823 and was one of the only navigation canals ever built in the south. The downstream terminus of the canal was in Weldon which is just east of Roanoke Rapids. Railroads had largely supplanted the canal by the late 1830s. In the 1880s the Roanoke Canal was repurposed as a power canal. Textile mills located next to it taking advantage of the new power source. By the early 1900s these mills had turned Roanoke Rapids into a small industrial city. Two separate commercial districts developed in Roanoke Rapids. The one on the north end of Roanoke Ave. is the older and currently emptier of the two. The one at Roanoke Ave and 10th is more built up and has slightly more open businesses. Both have interesting collections of turn of the century buildings.

Today there are remnants of three large textile mills in Roanoke Rapids. One has been partially demolished, one is still being partially used although its clear that most of the building is vacant. A third mill has been demolished almost completely leaving only a large chimney standing. I don't know anything about the leveled mill or the one that's still being partially used. The partially demolished mill, pictured below, is the J.P. Stevens Rosemary Mill. I passed through Roanoke Rapids again in 2014 and discovered that demolition on the Rosemary mill has stopped at least temporarily. I don't know what the future plans are for this mill but it's condition was the same as it had been in 2011. 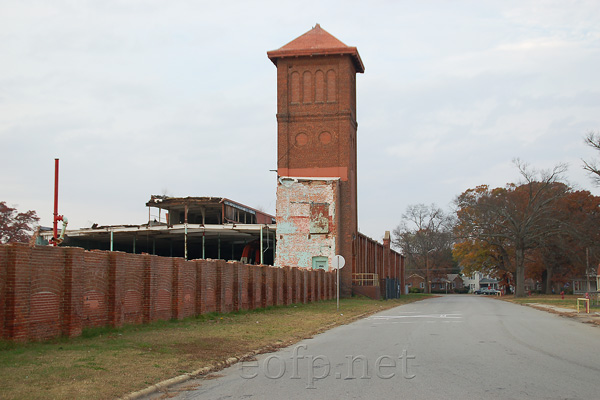 The above photo is of the Rosemary Mill in 2011. Below is a photo of the same mill from 2014. In 1974 this was the first mill to be organized by a union in North Carolina since the brutal crackdown on organized labor during the 1934 textile workers strike. One of the workers who helped win union recognition was Crystal Lee Sutton. She was fired for her efforts but the union won none the less. Her story and the story of that organizing drive were the inspiration for the movie Norma Rae. The movie itself however was filmed in Alabama.

The mill was closed permanently in 2003 after the labor force had dwindled over the years from around 3000 to 300. Crystal Lee Sutton died in 2009 at age 68. Many people blame the union for the closure of the mill. Given that almost every non union textile mill in North Carolina has also closed in the last 10 years this seems like a pretty fantastic idea. The general bitterness and contentious history of this mill helps explain why little effort was being made to preserve it in spite of how important it was to Roanoke Rapids' and North Carolina history. This seems to be true all over the country. The heartbreak of losing a major employer and the often combative relationships between factory owners and between different elements of local populations make people eager to tear down factories as soon as possible after they close. I think this is unfortunate because buildings like these are important historic artifacts and can be huge assets to communities if they are successfully repurposed. I don't know what the future plans are for this mill complex but was glad to see that demolition had at least been temporarily halted. 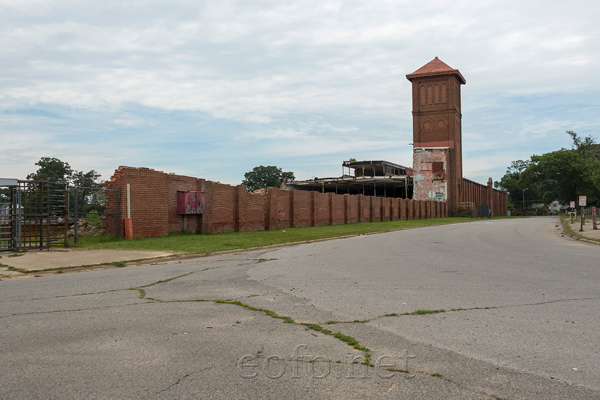 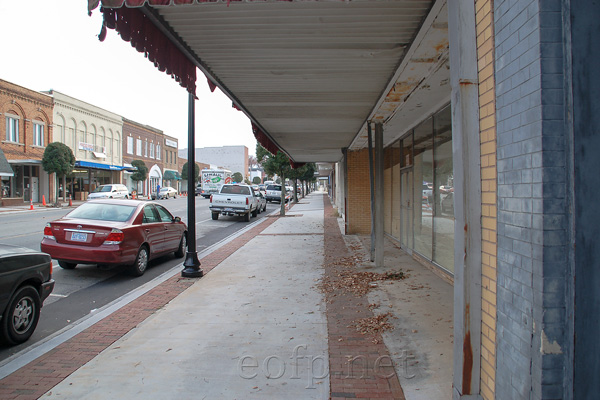 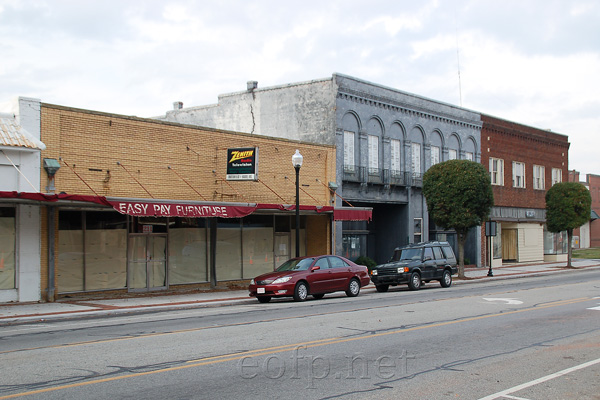 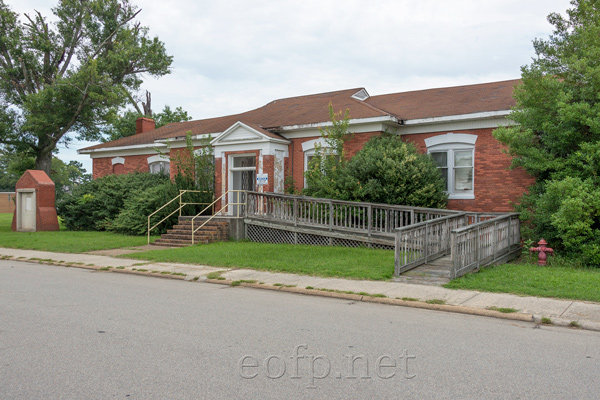 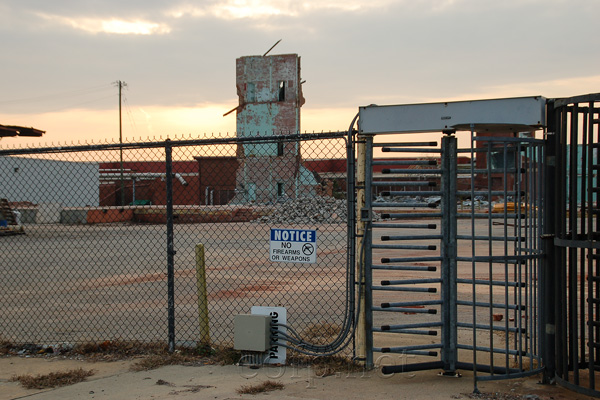 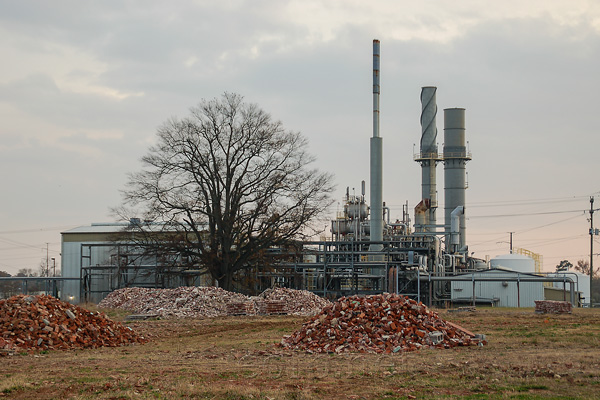 Piles of brick from the former J. P. Stevens mill in front of a fabric dye factory. 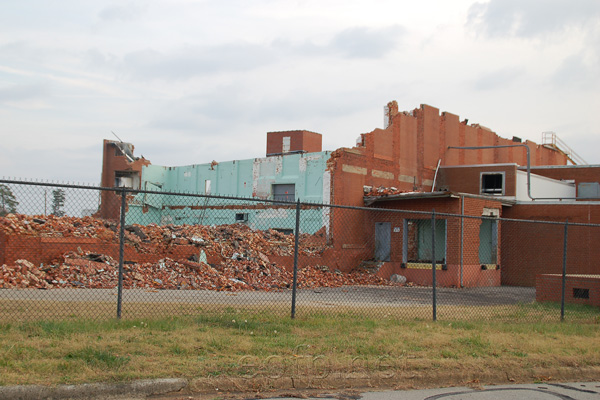 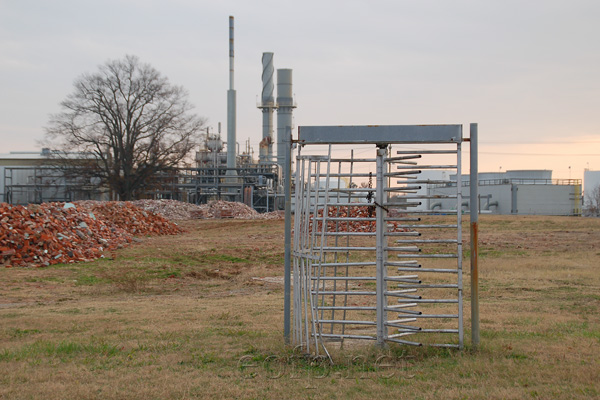 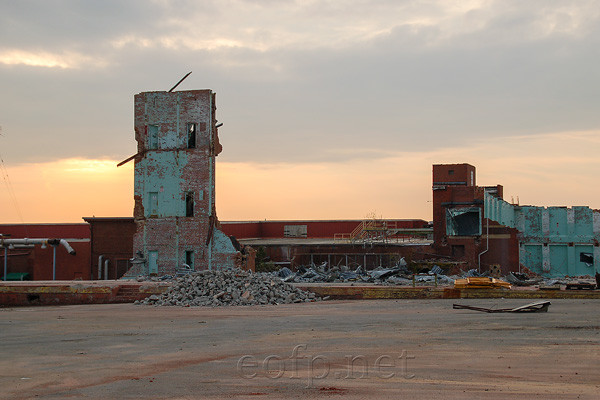 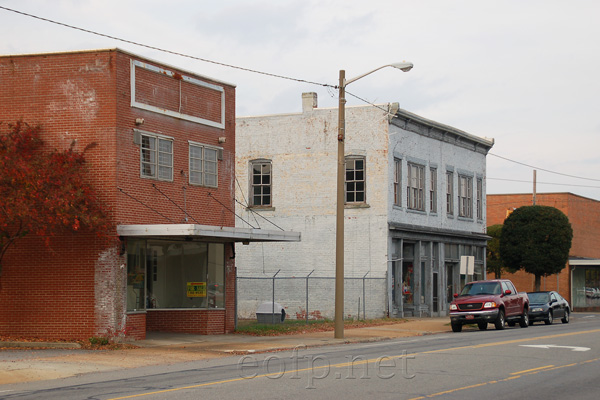 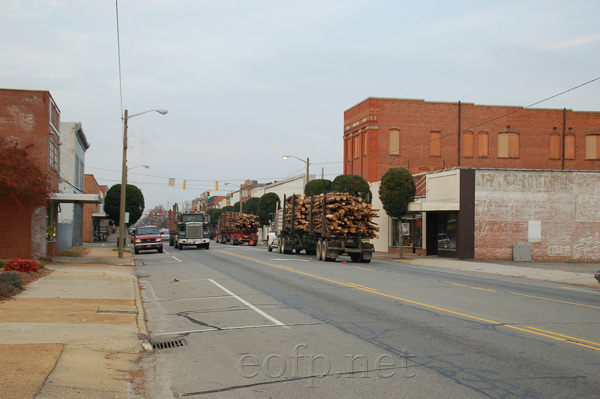 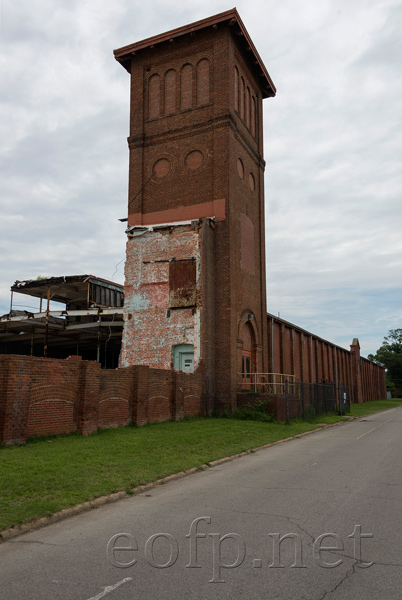 All content on these pages Copyright Mark Hedlund 2012-2019. All rights reserved. Use in school projects and with links on social media is always okay. Please send me an email to request permission for any other use: [email protected] Non-exclusive commercial publication rights for most photos is $25 per image.